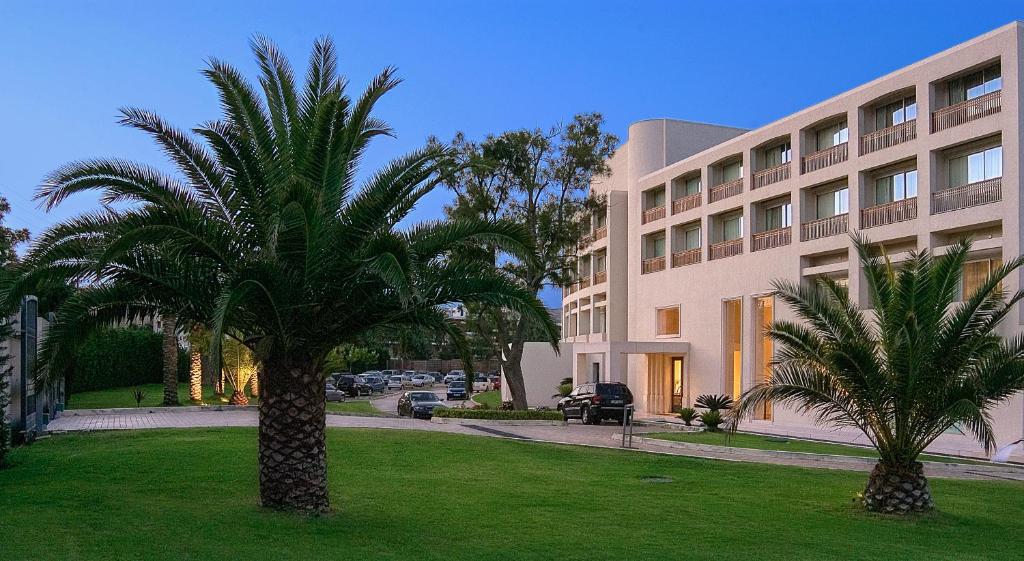 With a glamorous Gala event held on the evening of Saturday, July 2, 2022 at the Plaza Resort Hotel in Anavyssos, this year’s World Medical Conference on Hair Loss – DHI Academy Masters Meeting was concluded.

After two years – during which it was held online via Zoom- due to the Covid epidemiological conditions – the annual conference of DHI and the London Hair Restoration Training Academy came back stronger than ever and was attended by leading scientists from all over the world.

The international meeting took place in accordance with prescribed protection protocols, with a physical presence and Live Streaming, and included lectures, presentations and full medical information on the latest scientific data and developments in the field of Diagnosis, Prevention and Treatment of hair loss.

Afterwards, the experienced plastic surgeon and member of the DHI Scientific Board, Vassilis Michalopoulos, took the floor with the presentation of Health Safety and Innovation In Hair Restoration.

The Scientific Associate of A Psychiatry Clinic, Georgia Vasiliou, spoke about the connection between psychology and stress in hair loss and also about the great scientific research that DHI is conducting on this specific topic in collaboration with the team of Professor of Psychiatry of the University of Athens, Charalambos Papageorgiou.

At this point, a pleasant surprise awaited the participants as there was an intervention and greeting via Live Streaming by the leading Greek mathematician and intellectual, holder of the chair of linear mathematics at the University of Cambridge and member of the Academy of Athens, Athanasios Fokas who spoke about the Hellenic Philosophical Forum- Iraklitos and for his new book entitled Ways of Comprehending.

The greeting of the multi-awarded academic was followed by the sensational presentation of Professor of Dermatology from the University of Pennsylvania, USA, George Cotsarelis who spoke about the hair loss treatments of the future and the beneficial results for all patients facing hair loss.

This year’s Academy Masters Meeting could not miss one of the most important scientific collaborators of the DHI Global Medical Group, the Professor of Medicine of the University of Athens and former Deputy Minister of Foreign Affairs, Panagiotis Skandalakis who was awarded for his contribution to the Group and especially for the safety protocols he drew up during the pandemic. The award was presented to Mr. Skandalakis by the Operations Manager of DHI Global Medical Group, Elena Petridou and Mrs. Angela Tserga.

Then, the well-known Nutritionist and Food Philosopher, Dimitris Peppas spoke about the lifestyle of the inhabitants of Ikaria, emphasizing the importance of proper nutrition – both in terms of hair health and the overall health of the person, physically but and mental.

As the conference ended, DHI patients who traveled from London to Athens for the DHI conference shared their experience of Hair Transplantation and its beneficial results, both in terms of improving their external appearance as well as in uplifting their psychology.

At the same time, the CEO of DHI France, Nat Aknine, the manager of DHI Barcelona, ​​Marzia Turrini, and the doctor Dr. Ho Chung Pung from Korea, who is currently training at DHI Athens, took the floor.

The DHI Academy Masters Meeting 2022 closed with the founder of the Group, Konstantinos P. Giotis, who has been awarded for his work in the field of Diagnosis, Prevention and Treatment of Hair Loss and has been recognized as the man who changed the world of Hair Restoration.

The evening continued with a glamorous Gala Dinner in which the Pheidias Awards were presented. Specifically, this year’s awards were given to the Regional Governor of Attica and president of ISA, G. Patoulis (the award was received by his brother, Yiannis Patoulis), to the assistant professor-General Surgeon, Theodoros Mariolis and to the DHI Global Medical Director, Vasia Birou.

The organization of this year’s conference coincided with the 52-year anniversary of DHI Global Medical Group and the Group’s staff had prepared a big surprise for the founder of DHI, Konstantinos Giotis, awarding him with the title “The Man Who Changed the World Of Hair Restoration”.

The Gala Dinner was flooded with the music of the great musician Vassilis Saleas and his orchestra and continued until late with lots of smiles, fun and dancing.